Smaller Than One Centimetre 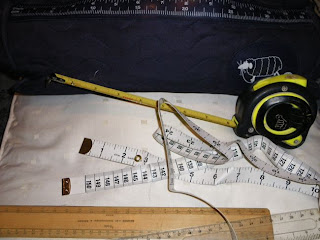 One of the horrible things about having a secondary cancer of an unknown primary (CUP), is that no one has any real idea where it started. Nothing showed up on a CT scan because it was probably smaller than 1 cm which is the smallest sized tumour that can show up on a scan.
So where was this tumour then?
My body may well have fought the Primary cancer off but been unable to cope with the Secondary.
Each CUP sufferer has a different diagnosis and it seems that no two people present in exactly the same way. That is why I have felt so isolated because there is no one else who I can identify with.
There are no answers to my questions and my searching mind.
It was only by having a biopsy of the Secondary Cancer (in my case a gland in the groin) that anyone had a realistic idea what type of cancer it was, though where it came from is still a mystery. The sample was studied under a microscope and the experts were able to recognise a few pointers. In my case, it appeared to be of Ovarian type.
However nothing showed up on the ovaries and the cancer appeared to be in the peritonium.
I responded to the treatment of Ovarian Cancer quite quickly and have been having 3 monthly checks ever since my chemotherapy ended in the second week of April, this year.
The problem is, that before my cancer was discovered, I was suffering from Irritable Bowel Syndrome (IBS) for many years. The symptoms of IBS can be similar to the symptoms of Ovarian Cancer but because I had IBS symptoms for so long, I assumed that it couldn't have been cancer related.
Well what is all this about, you may ask? The problem is, I have recently been suffering from the pain in the lower abdomen that I used to suffer from before cancer was even suspected. This has gone on for a short while and because I can't be sure which condition is which, I have had to ring my Oncology nurse to tell her what has happened. She has arranged for me to be seen this week and I dare say there will be scans to follow.
If *it* has returned again, then I am truly disappointed that I didn't get a longer remission. So I am pinning all my hopes on Irritable Bowel Syndrome. I never thought I would see the day when I wanted this condition as it really isn't pleasant.
Last week I was in considerable pain but the last few days have been pain free.
I guess only time will tell what is going on in my body but in the meantime, I am left with the usual uncertainty that is not easy to deal with. I guess it will always be like this for me now and I wonder if I will ever get used to it?

Oh Maggie. What a shame. I get IBS from time to time and it causes a lot of worry and scans because the docs worry about ovarian cancer.
I hope it is IBS. The worry must be awful.
xx

Maggie, I hate that you're going through this stress and worry, once again. I will keep you in my best thoughts and hope that it's nothing serious. Be strong.

Oh Maggie - thinking of you, feeling for your stress and worry.
Let me kno if there is anything I can do.
Dxxx

Hello Maggie
They say life is like a box of chocolates - you never know what you're going to get so hopefully its the lesser of the two evils. Not that we wish for an evil event to occur - no matter what I'll be thinking of you.
Cathy

Thinking and praying for you, for healing, nothing serious and peace in the meantime!

Oh, misery. I, too, have IBS and I find myself shaking my head as I hope that is what is causing the problem.
Wishing you the very best in results and health.
And I would be holding my thumbs if I weren't typing.

prayers that ii is just IBS...

The IBS sounds the lesser of two evils, but I hope you don't have to suffer through either. Prayers to you.

Oh Miss Maggie. This is so sad. I will pray and pray. Much love, Becky

Good luck, Maggie. I hope it is the lesser of the two evils. This must be such a worrying time for you.

I was diagnosed with IBS in my early 20s and suffered for many years with it. It was always worse around the time of my period and the two pains added together were unbearable. Eventually it was decided it would be best for me to have a hysterectomy and have my ovaries removed too, which happened 5 years ago. When they operated they discovered my ovaries were actually adhered to my bowel. Since having my ovaries removed I have been pain free. I guess my point is that it is so easy for doctors to diagnose IBS when it isn't that all.

Good luck with everything and I truly hope that IBS is what you have. x

Maggie I am so sorry you are having to go through pain and test again. Will keep you in my prayers and good thoughts that all will be well......:-) Hugs

be positive Maggie - it may be neither.Lets hope it gets diagnosed and sorted soonest for you xx

You must be so worried Maggie, which is understandable. I have everything crossed that the cancer hasn't returned and am sending oodles of Reiki and positive thoughts to you. xx

I am just going to pray for your total healing. No IBS and no cancer! I can even imagine the uncertainty that you have to live with Maggie!! I am so sorry!!
Will be praying and hugging you
SueAnn

You know you are always in my thoughts...

Oh dear, Maggie, I do hope your next report is good news. I have suffered, too, from IBS for years, and normally I wouldn't wish that on anyone, but in this case I hope that this is your diagnosis. I understand why you are concerned; the waiting and worrying part is hard to deal with. I'll be keeping you in my thoughts and prayers again, hoping that this is nothing serious.

Oh Maggie what a worry. I too am praying for you, for no cancer and total healing for you. Love to you, Celia

I understand completely your questions -as well as your frustrations, Maggie. My cancer last summer/fall (the most recent, ya know) was uterine and the first cancer 8 years ago this year, was colo-rectal so there was no "sharing" so to speak, of the cancer cells. Two different entities. The PET scan I had back in November was "clean" they said and I just had a routine CT scan last week but haven't heard diddly from the oncologist as to the results from that yet. However, off and on of late, I have been having a lot of digestive issues, rather similar to those symptoms I had 8 years ago. That, along with the radiation issues the radiologist was trying to foist on me, all rush-rush, but which I was unable to go through with for reasons of my own, etc., and a few other things I notice here and there that sparks questions in my mind as to whether something else has or is cropping up. I don't really live in terror, exactly, of one of those cancers returning but I would, of course, much prefer that they do stay clear of me. I'm not terrified of death but really -especially with my grandchildren being here -I would like to be able to stick around and spend lots more time with them, ya know. I just wish that cancer itself didn't have these capabilities of hiding then peeking through, then hibernating again, giving good test results but all of a sudden, boom, I'm back, it seems to say. Let's both just keep moving forward, hoping and prayer for only good results from these seemingly never ending tests and hoops we must jump through! Keep the faith, Maggie. Just keep the faith!

Glad we spoke today on phone and glad to hear your hospital check up was reassuring. Also that your discomfort seems to have stopped. Lets's hope all the prayers from our lovely friends will keep this in remission for a very long time. Also may the same occur for Harry and my wife. Cancer is getting away with too much these days and its about time it was kept at bay by prayer and by medical advances. Love ~ Eddie x

Much luck to you Maggie, I hope that all will be well and that you have the best of outcomes. Of course, you're going to worry and I wish I could take that away from you. I'm thinking lots of positive thoughts and sending them across the Channel. Please, be full of optimism and be strong. I know you are.

Happy Frog and I said...

I am so sorry that you are going through this. My thoughts are with you and I shall make sure I send lots of positivity your way. x

My first reaction is to shout and swear out into the universe.Not fair, Maggie, just not fair.

I never thought I would be wishing IBS on anyone, but as the lesser [slightly] of the two evils...

If love and the prayers of those who can, and the thoughts and vibes of those of us who cannot are strong enough, all will be well; for there are so many of us who wish you the strength to continue the fight, and with our love it will be so.

Gail Is This Mutton? said...

All the very best to you Maggie and hoping that it is IBS.

Oh Maggie, I am wishing very hard for you x

Fingers crossed for you, Maggie.
It must be an awful worry for you, and the waiting is torture.
Not fair.

I'm new here, but am so sad to read about this. Sending lots of positive thoughts your way x

What a pity science doesn't have all the answers for you straight away. All best wishes in the meantime.

Oh, my. Waiting to find out is grueling. Keeping you in my thoughts as you wait!

Maggie, I'm so sorry you have this unease and uncertainty to deal with.

Wishing you emotional strength and a return to robust, certain health...

Oh Maggie I really do not know what to say. I am stunned. I thought that you had had got it beaten when you went into remission last year. I hope that this is something simple - maybe just a bug or a virus. Fingers crossed for you.

Gosh Maggie - I knew I was drawn here today and not only because of your grandchildren and their mother.

Know that my thoughts are with you. We will do our 3 positives again shall we?

God bless you Maggie. And a Big Hug for a Lovely Lady we all care about. X