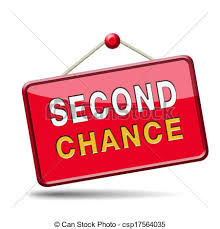 I feel it's about time that I wrote a post. I've been apathetic enough since Harry died.
You might have read about the wonderful send off that Harry had at his funeral on my brother Eddie's blog. He described everything in such detail that I really don't need to add to it except to say that it was a very happy occasion when all the grandchildren contributed in some way or other by a reading or playing an instrument. Everyone wore colourful clothes and he had all his favourite hymns, readings etc.
There was very much an atmosphere that he'd been set free and had moved on to something much better. That is what we all believe.

However, I had my own secret torment going on because a few weeks before Harry died, I was beginning to experience some worrying symptoms and had got in touch with the Oncologist that had seen me through such a lot of treatment before. They took it quite seriously and thought I might well be relapsing into an other episode of cancer. An urgent CT scan was arranged and two days before the funeral I had the scan and couldn't help but worry what it might reveal.
The following week I was phoned up whilst out walking and told that two things had shown up on the scan. One was a stress fractured pelvis that was put down to radiation damage from four years previously. The other was an unknown *thing* that showed up in my lower quarters.
I was gutted and disappointed that I hadn't even had a chance to do anything that I wanted to do after Harry had died and now it seemed I'd be facing chemo or some horrible treatment in order to get a bit longer life.

As everyone will realise, I'd given my very all to him for well over eighteen months and not been able to have many days off or felt that I could relax because of the unpredictability of his illness.
Anyway, when I got to Oncology this week, I was told that it was most likely to be a haematoma caused by bleeding from another smaller fracture. I'm now waiting for a biopsy to confirm this and to see what can be done about the haematoma.
I was reassured that there was no sign of cancer on the scan anywhere on my body.
Although I am in some measure of discomfort and I also have to be very careful not to do anything that could break my pelvis or hip, I really do feel that I'm so lucky to be given another chance of life.

Maggie, as I said last bight on the phone I am so relieved that they think it is not cancer. I was worried about you. Of all people and considering what you have gone through recently and the load you have had to place on your body I know everyone will wish you a trouble free life from cancer. You truly deserve this but take care with the pelvis and hip and no dancing the twist, ok . .

I hope all will be ok. Take care

So Glad there is no cancer, so very, very glad. But Like your brother says - no dancing!

I'm glad Harry has been set free, it sounds like you gave him the send off that was fitting for him.

This is good news. I am so happy to hear this. So relieved. Take care of yourself. I hope your pain will lessen each and every day. God Bless.

Maggie you have had so much to deal with in recent years that this must have been so worrying for you. What a relief to know it's not the dreaded cancer again. BUT clearly you need to take very good care of yourself now. You have done so much for your family...your turn now to be taken care of I think. Lots of Love Linda xx

Stress has a way to eat us up too. Glad it's not cancer. You need a chance to rest, regroup, and enjoy life as fully as possible.

I know very well the apathy that can settle down like a shroud after losing a loved one. Perhaps you need to get yourself some rabbits! What a relief to know that you don't have cancer. The haematoma is not an insurmountable problem -- sometimes they do a minor surgery to evacuate it. Bless you

Haven't been in blogland for a month so I hadn't read the news about Harry. I'm so sorry for your loss. My thoughts and prayers are with you and your family. To have to have a frightening scan just before the funeral is almost too much to bear, so I was relieved to read that it isn't cancer. Take care of yourself. WM x

That had to be a heavy weight you were carrying during Harry's last days, that sadness about him and the worry about yourself. I hope there's some sunshine now. It's always a pleasure to read about your trips and walks, and they make me wish we had bus service service here, so I could experience that change of scenery, too. Take care.

I'm relieved that the doc has ruled out another bout of cancer, such a vile disease, and I hope that something can be done soon about the fracture and the hematoma. The stress you have been under in the recent past has a very debilitating effect, as you well know. Just concentrate on healing and getting on with enjoying the sunshine in your life. And listen to your brother.

I'm so glad to hear that it wasn't cancer. Take care of yourself, Maggie, and soon, when all is healed, I hope you get to travel more and get to spend more time doing whatever you enjoy.

So very relieved at your good news Maggie, be careful with you.

You have given your all and deserve one long rest without worries about your own body.

I'm so glad to hear that it is not a cancer, even though fragile bones are serious enough. Also glad that Harry's memorial went well, with colour and remembering.

I wonder if you should consider going somewhere warm for part of the cold and icy months. I took my dad to Florida for a month just after my mother died, and I think it did him a lot of good just to be in a different place and warm weather. Some of my friends have spent a month in Portugal in the winter and loved it. They say that because Portugese is not a language many tourists know, you can get by in English almost everywhere.

I am saying that because dreaming about somewhere beautiful to visit is almost as good as doing it, even if it doesn't work out.

Sending hugs and all wishes for a short trip through the stages of grief for you.

I'm so relieved that they are not overly concerned about what the scan revealed. Take the winter to pamper yourself and heal. By spring you're going to be bopping around town doing everything.. and we'll get to read all about it. Look after yourself, Maggie. Hugs to you.

Oh my god, you must have been twisted up in knots. I'm really glad to hear that it isn't cancer after all.

I'm so happy to hear they found no cancer! I hope you've been getting out and doing a few of the things you'd like to do. God bless!!!