Living In A Topsy Turvy World 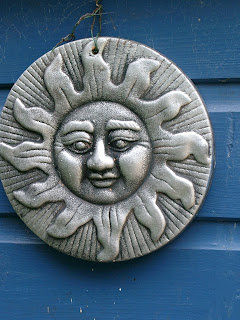 Our country seems to be in complete turmoil lately, not only because of the awful political situation, which has left us reeling, but because the weather is also letting us down. June turned out to be one of the wettest on record and its gone very cold.

I guess I'm learning to take a day at a time and accept the pleasures that today brings rather than worrying about the future..... after all, there's nothing that I can do about it anyway.
Seems that we're now living in a very topsy turvy world and if I was reading about all the recent happenings that have gone on in Westminster in a book, I'd have thought that it was a very far fetched story.

Meanwhile, we must press on and hope it all works for good. Takes a bit of imagination though....... 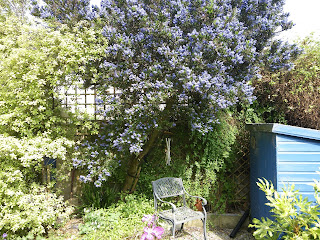 This will be a sad week as Harry would have been 77years old.  It is a strange feeling that a bit of him lives on in his identical twin who will now be a year older than Harry. His twin was half an hour younger than him, when he was alive.

I had my daughter and one of my grandsons round to stay for a few days last week and was taken to the crematorium where Harry's plaque is on a little wall in front of a lawn where his ashes were put. We stayed for a while in the tranquil place and put flowers in a glass vase.

My daughter took me to a garden centre where I bought a small insect house (that is supposed to encourage lone bees to lay their larva for the next year.) I treated myself to it and thought that it would make a kind of memorial to Harry and I hung it on the garden wall where I can see it from the kitchen window.
Not sure if he was even remotely interested in insects but I could almost hear him saying, "Go on, treat yourself."
One thing I do know, though was that he really did love that Ceanothus shrub at the bottom of the garden. The sweet, heady smell of it permeates the garden and even reaches the kitchen. The bees are heavily attracted to it.

Both my children have been very kind and attentive lately and have taken me out and shared meals with me and I've seen the granddaughters a lot recently, too. So I have much to be thankful for.